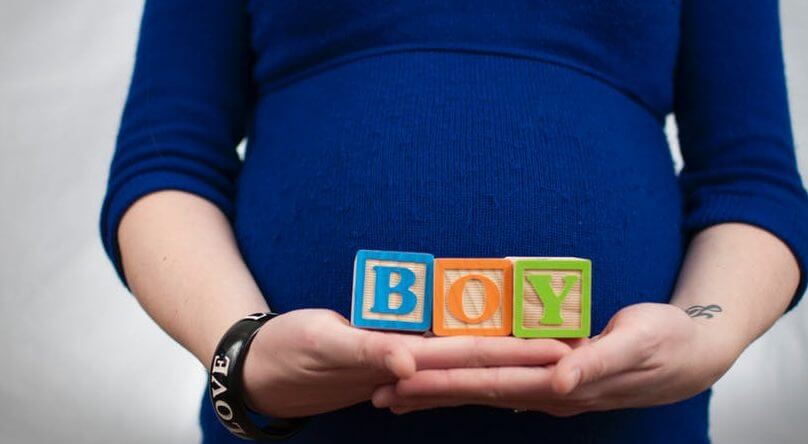 Fetal Kick Counts: How To Do Them And Why They Are Critical

Feeling your baby move can be one of the most exciting parts of a pregnancy. Its nice to have some confirmation that there is actually a tiny human in there!

But did you know that counting your baby’s kicks can help make sure they are healthy and possibly even prevent a tragedy?

There is strong evidence that counting fetal movements can reduce perinatal mortality in pregnancy.

Doing kick counts actually saved our baby girl’s life. If I hadn’t done them I wouldn’t have suspected that there was something terribly wrong and I wouldn’t have gone into the hospital.

Why are fetal kick counts important?

Our daughter was not moving as much while doing fetal kick counts during my first pregnancy. Intervention at that time was life saving.

Doctors only see moms every two to four weeks. According to Dr. Diep Nguyen, a Los Angeles OB/GYN “fetal movement is the best indicator of pregnancy health and is the best yardstick in between those times. If the baby is not growing well, it probably will slow down its activity way before it will stop moving all together.”

My own OB/GYN has expressed the same information to me. Especially ever since my placental abruption during my first pregnancy at 33 weeks.

Now that I am due in January with our baby boy, there is a part of me that is afraid that some sort of catastrophe could happen again. But I am doing daily kick counts and I am reassured that our baby boy is kicking quite frequently. If for some reason he slows down or stops I know to go right to the hospital to have things checked out.

When will I feel the most movement?

Moms generally find that the baby is most active between the hours of 9pm and 1am due to declining blood sugar levels. You my also feel more fetal movement after meals or eating sugary foods.

I have always felt that it is easier to feel the baby move when I lay down and pay closer attention. It is also a nice time for baby bonding and just getting some well-deserved mommy rest. When I am busy and moving around a lot it is harder to pay attention to what is going on inside my uterus.

How should kick counts been done?

The American Congress of Obstetricians and Gynecologists (ACOG) recommends that you time how long it takes you to feel 10 kicks, flutters, swishes, or rolls. Ideally, you want to feel at least 10 movements within 2 hours. You will likely feel 10 movements in less time than that.

How to do kick counts:

2. Count how many minutes it takes for you to feel 10 fetal movements (once you get to ten you can stop counting).

3. Do this once a day around the same time. I do it right before bedtime when my daughter is already asleep so I am not interrupted. 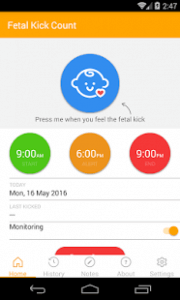 There are dozens of kick count apps to choose from, but this is the one I use.

You can use a calendar chart to document how many minutes it takes for you to feel 10 fetal movements. If your baby does not move at least 10 times in 2 hours or there is a sudden decrease in movement, you should contact your doctor right away.

There are dozens of fetal kick count apps available to make this even easier.

Having an app makes it so much easier. You can just set the time that you want to start doing kick counts and then tap on the phone each time you feel a kick. When you get to 10 kicks, the app tells you that you are done and records the total amount of time it took. The app also records the history of all your kick counting sessions so it is easy to review and see if there have been any decreases in activity.

Kick counting is an easy way to monitor baby’s well being in the womb.

Timely intervention after a mother complained of decreased fetal movements and the baby was found to be compromised on further evaluation has helped save many babies. I know from first hand experience that doing fetal kick counts can help divert a catastrophic event. It is always better to be safe then sorry!

Happy (and safe) pregnancy and thank you for reading!