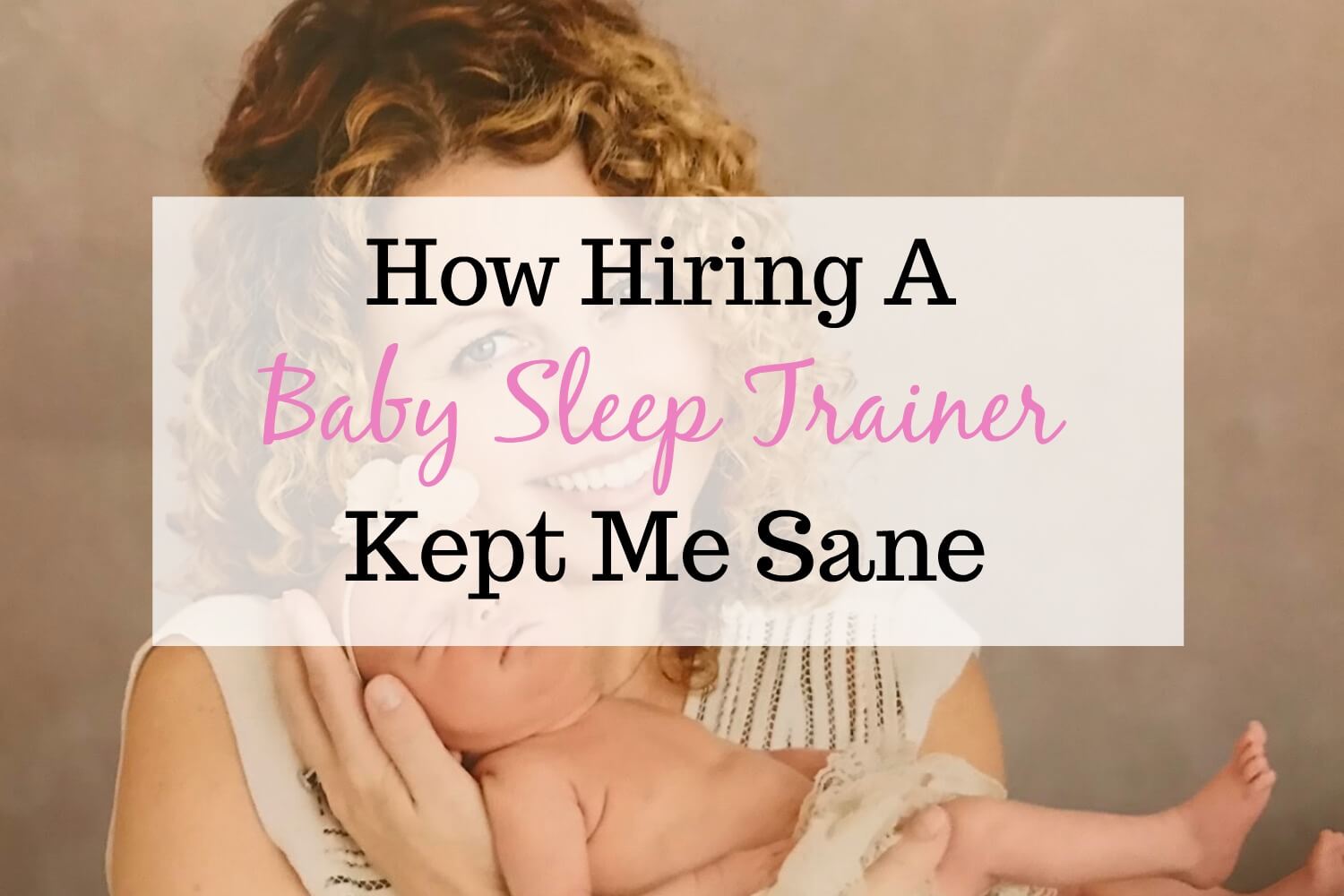 Get Yourself A Baby Sleep Trainer Now You Crazy Lady!

I hired a professional baby sleep trainer to help me get my 5 month old to sleep through the night.  (And, lets be real: to keep me from completely morphing into a full-fledged, crazy-eyed, ultra sleep-deprived, zombie mom on the verge of passing out at any moment!)

We were doing pretty good in the sleep department up until about two weeks ago. That is when my adorable five-month-old decided that getting up only one time a night to breast-feed just wasn’t going to cut it anymore.

Apparently he thought “this nice lady gives me whatever I want and I really like to breast-feed so I’m going to get up 20 times a night instead!”

And my already extremely sleep deprived, exhausted body has been in a downward spiral since.  Like, the awake-all-night with a baby that only stops crying when I put him on the boob until 6:30 AM kind of downward spiral.

The sleep deprivation has since induced a few daytime hallucinations and even occasionally inhibited my ability to form complete sentences.  It was kind of scary actually.

I knew I needed help, and I needed it fast.

We hired a women named Natalie Wells, the baby sleep trainer, because she was able to successfully help us with our daughters sleep issues back in 2015.  It was hands-down the BEST INVESTMENT we made in her first year of life (and there are a lot of GREAT baby investments out there: the dok-a-tot,  the ergo-baby, the diaper genie…  But seriously people, the gift of sleep should NEVER be underrated.)

I need sleep more then anything right now.   I’m willing to follow a plan to make my full night of sleep dream a reality.  I am optimistic that there will be a night of sleep somewhere out there in my future!

Thus, I spent my afternoon yesterday creating the optimal sleeping environment for our son.

I created a “room within a room” in our master bedroom. 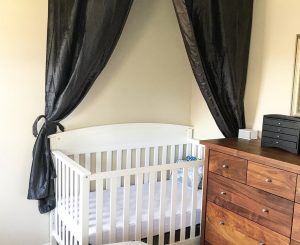 My “room within a room.”  When the curtains are closed around the crib it is completely blacked out inside!

Baby training is hard when your little one sleeps in the same room as you and your husband.  But we don’t have a choice.  We live in a two-bedroom townhouse and our vivacious 2 and a half year old is already occupying the second bedroom.  Eventually (like a year from now) I would love to have them peacefully sharing the room together.  But at the current moment there is too much noise and crying between the two of them and they would constantly wake one another up.

Before baby sleep training, we were to do the following:

I  bought 6 hooks and 2 blackout curtains (the kind that go from ceiling to floor).  I put the babies crib in the far corner and screwed hooks that were slightly outside the periphery of the crib on either side.  Now when closed, there is almost no light in his crib.  I also mounted a video camera and a noise machine a few feet above his crib.

Our “room within a room” was born.  It was an engineering marvel!  I was proud.  (My husband was a little surprised to come home and find me screwing holes into our ceiling, but thought it was a good idea too).

Our baby sleep trainer created an individual plan of action.

Our sleep trainer crafted an entire plan-of-action for us. It included everything from night time check in’s, to nap schedules, to feeding times and bath times. She even discussed how baby sleep cycles work which helps to understand why her methods are effective.

My husband and Nanny are both in on the plan.  Little Oliver WILL be following his scheduled as closely as possible. For the first time in a long time, I have HOPE that sleep is somewhere in the not-so-distant future.

In two hours I will be putting our son down in his crib, kissing him good night, and allowing him the opportunity to learn to fall and stay asleep on his own (with our interventions already planned in advance when needed).  Sweet dreams! 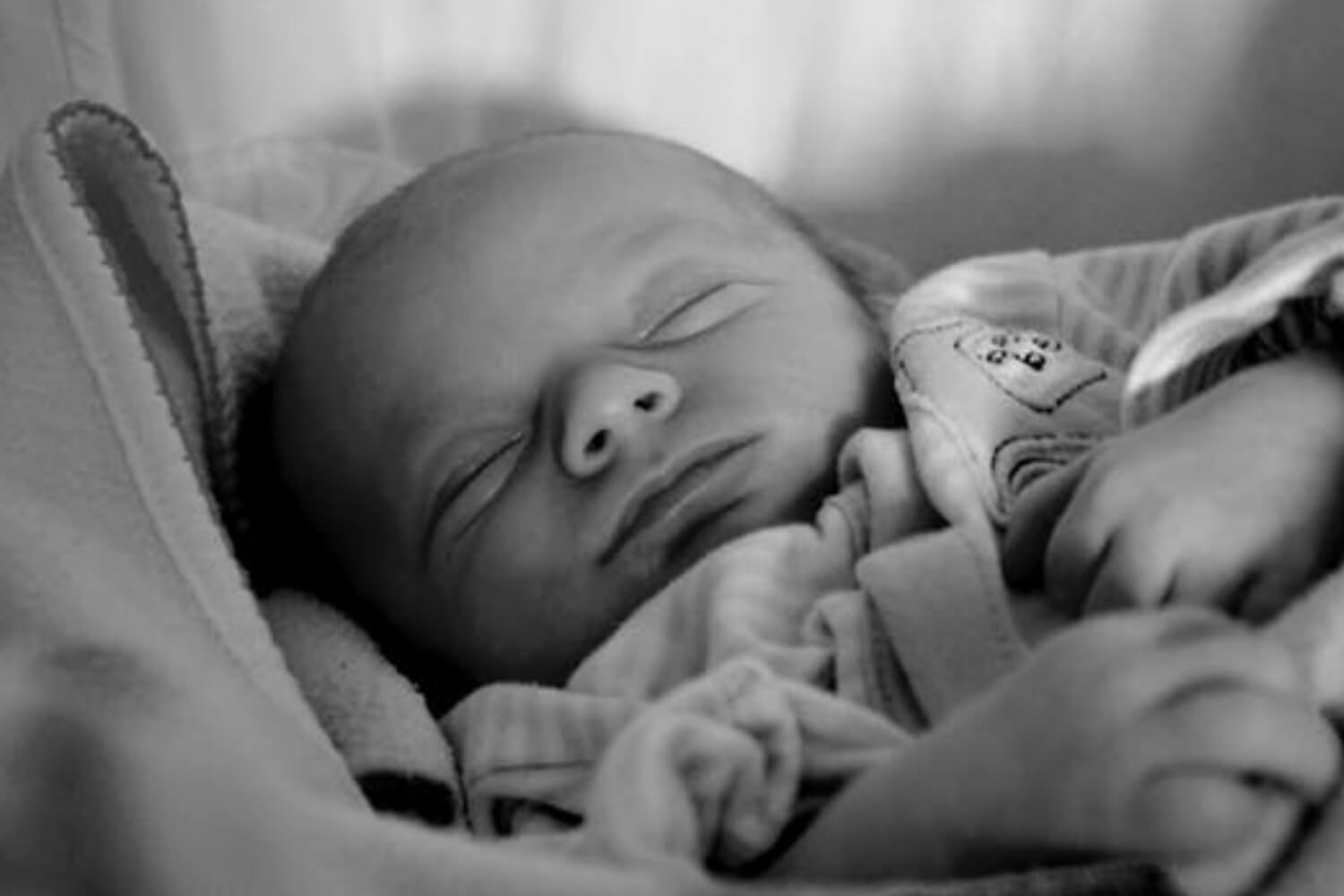 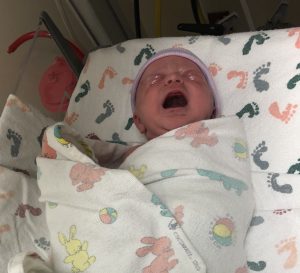 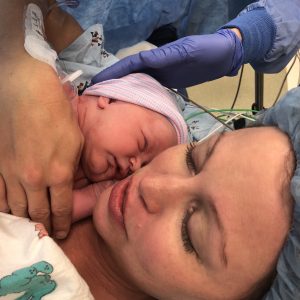